Gather ’round the campfire all.  It’s time for a story.

First, a little background.  As far back as I can recall, one key item that I have always taken with me on my travels, regardless of the length of the trip, is a small packet of travel tissues. 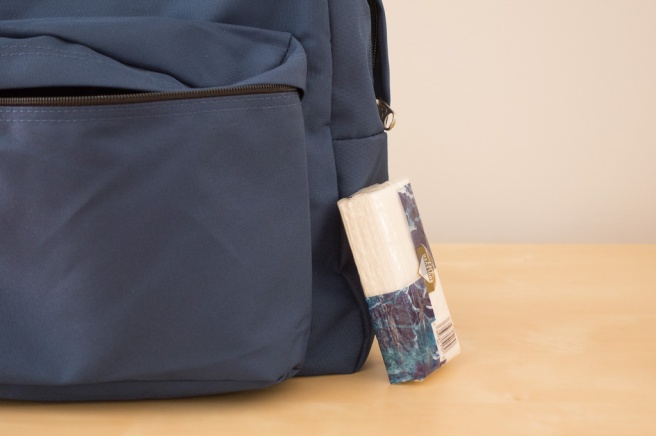 The tissues aren’t for my nose.  Their purpose is to be deployed in the very rare situation where I find myself needing to use the bathroom really badly, and there is no bathroom to be found.

I’ve had two such situations come up during my adult years where I’ve had to drop trou urgently and in an inconvenient location.  The most recent time was during a long hike in the middle of the woods, so that’s not really a big deal, but I’m about to tell you a story about the first occasion.  I’m not proud of these vividly memorable events, but it’s something that happens and you can’t really do anything about it.  Both times I’ve done this heinous act, I was fortunate enough to have a packet of tissues with me to make an already uncomfortable situation a little more manageable.

The first time this ever happened was over a decade ago.  I was visiting a best friend in Colorado during winter for a snowboarding trip.  We stayed with a guy named Chris in Breckenridge (a friend of my friend and overall extremely awesome guy), and went out partying until 3 AM one night.  The next morning I woke up suddenly and unexpectedly when Chris’ radio alarm clock went off at 7 AM, blaring Young Folks by Peter Bjorn & John.  He had to work that day, so he got up to get ready while the rest of us were still sleeping on the living room floor.  While he was showering in the one and only bathroom in the apartment, a sudden, unstoppable urge — a gastrointestinal juggernaut — hit me like nothing I had ever felt before.

The bathroom was occupied, and there was no way that I was going to be able to hold it until homeboy was done showering.

I grabbed my packet of travel tissues, quietly maneuvered myself around several passed out individuals, ran outside very carefully, and found a wooded spot near the parking lot next to a small storage shed.  It was early in the morning, and no one was around, so I squatted down and started doing my thing.  I immediately felt better after having been in a very bad place.  Very bad place.  About 15 seconds later, I heard a door open and slam shut in the vicinity.  I peeked around the corner of the shed I was hiding behind and saw a young guy on crutches leaving his apartment and slowly plodding his way toward the parking lot.

Oh no.  He’s gonna see me.  Based on his slow, gingerly pace, I estimated I only had about 30 to 45 seconds to get out of there.  Thank the universe he had a busted foot and was on crutches and moving slower than a normal pedestrian.  I furiously got out my tissue pack & cleaned myself up as I heard the clop, clop, clop of this random guy’s crutches steadily approaching, and I got the hell out of there just in the nick of time before he came around the corner to potentially bump into a stranger thoroughly defiling the apartment complex grounds.  It wasn’t my finest moment, but I did what I had to do.

And that’s one of the great things about travel and exploring:  adapting to interesting and unexpected plights that arise during your journey.  I admit though; I will be very happy if that unfortunate situation never comes up again in my remaining years on this earth.  But if it does, you can bet your ass I’ll have my packet of tissues available and ready to go.

* A special thank you to Breckenridge Chris for the generous hospitality over the years!

2 thoughts on “The one item you should never travel without”